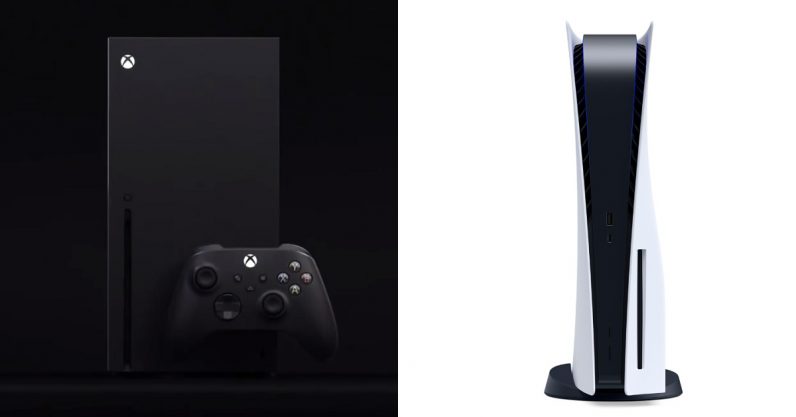 The PlayStation 5 pre-orders were the first to launch — prematurely, apparently. While pre-orders were supposed to start on September 17, they actually went live on September 16 with almost no warning. Within minutes, both versions of the PS5 were sold out everywhere, and even those who thought they’d managed to snag one would find it vanishing from their carts. For those who’d made the dreadful mistake of eating dinner because they weren’t expecting the pre-orders to go live (such as myself) they completely missed even the opportunity to buy one.

Sony later apologized for the mess, saying it “could have been a lot smoother” (you don’t say) and promising to release more of the consoles for pre-order. Let’s hope that’s true because, according to Press Start’s Shannon Grixti, at least one retailer has already sold their total 2020 stock. One wonders if the company is having to scramble to make more PS5s, as initial reports said it’d limit supplies at launch.

Let’s be honest: PS5 preorders could have been a lot smoother. We truly apologize for that.

Over the next few days, we will release more PS5 consoles for preorder – retailers will share more details.

And more PS5s will be available through the end of the year. pic.twitter.com/h1TaGsGBun

Microsoft officials were quick to chuckle and say that their launch wouldn’t be quite such a mess, but they were apparently a little too quick to say so. The Xbox Series launch was just as bad, if not worse.

At least two retailers — Best Buy and Amazon, of all places — didn’t launch the preorder option on the consoles until well after the start time. Amazon didn’t even have a page for the Xbox Series X ready to go. In fact, while the report is somewhat dubious, it appears enough buyers were confused about the lack of an Xbox Series X option that they accidentally bought the similarly named Xbox One X (see, this is why names like this are foolish, Microsoft). I’m told that GameStop would put players in a preorder queue and would warn them not to refresh the page lest they lose their place, only to keep them stuck in purgatory while the consoles sold out.

Read: Are EVs too expensive? Here are 5 common myths, debunked

And in the case of both consoles, we now have scalpers selling their preorders on eBay for ridiculous markups. If I tell you nothing else in this article, let me tell you this: don’t buy one of those.

We are humbled by the record-breaking demand for Xbox Series X and S. Huge thanks to everyone for the excitement. 🙏

If you weren’t successful today be sure to sign up with retailers for updates, and expect more consoles to be available on November 10. 💚

What the heck happened here? Why did the launch of these consoles, what should have been one of the most meticulously well-planned events from two of the biggest companies in the world, turn into such a shitshow?

Personally, I put at least some of this down to sloppy planning on the part of both companies. I’m not sure if I believe the rumor that both companies were waiting for the other to announce a release date first, but it is worth noting that the first release date was revealed through a leak. The Xbox Series release dates were leaked ahead of time, forcing Microsoft to finally give an official date of release far, far later than they reasonably should have. Sony followed up with the PS5’s release date shortly afterwards. It would make a depressing amount of sense for the launches to be this haphazard if the companies really did wait until the last minute to set the dates.

There’s also another explanation, which would put this outside the companies’ control: scalpers used bots to buy the console specifically for resale before any human customers managed to get in. This theory was expanded upon by Kotaku’s Luke Plunkett, who described the bots as “software that’s able to crawl a site’s store page and complete multiple sales before actual human fingertips have had time to even move a mouse cursor onto the thing they want.” If that’s the case, let me reiterate — do not buy from scalpers. It’s worth waiting a few weeks or even months after launch to hold onto your money and integrity.

Let’s hope both companies can restock. Until then, lots of us who didn’t manage to snag one of the consoles will just have to wait.

So you like TNW? Then join our upcoming online event, TNW2020, you don’t want to miss it.

15 hours ago
The significance of classifying analytics

2 days ago
China, The Innovation Beast

15 hours ago
The significance of classifying analytics