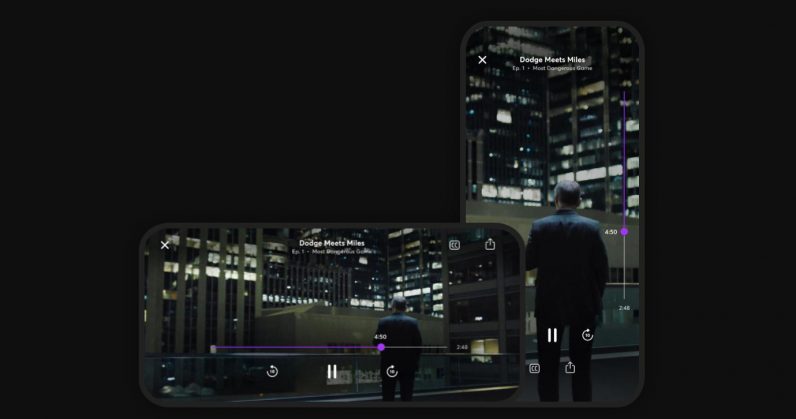 Quibi is shutting down after 7 months of operation. The $2 billion streaming service that presumed someone, somewhere, wanted to watch short shows in portrait mode is flaming out.

The news was originally reported by the Wall Street Journal and was later confirmed in a company blog post. To refresh your memory if you never bothered to try the app, Quibi is — was — a service that allowed you to watch short-form shows in either landscape or portrait mode. The shows it put together were roughly 10 minutes long — the name of the app is short for Quick Bites. With the intention of launching content such as comedy, talk shows, reality TV, it was posed as a competitor somewhere between the likes of YouTube, TikTok, and Netflix.

I’m sure you can already see some of the flaws: first, being able to watch shows in portrait mode is a silly gimmick upon which to build a streaming service. The company did make some shows out of what I presume are rejected Netflix scripts, but none of them were interesting enough to justify the $5-8 a month price tag for a premium membership. And while those shows had some familiar names attached to them, like Steven Spielberg, Kevin Hart, Anna Kendrick, and Reese Witherspoon, it didn’t get those by having an excellent product. It got them by throwing money around — $6 million for every hour of content, according to Variety.

Read more: What audience intelligence data tells us about the 2020 US presidential election

This news comes shortly after Quibi arrived on Apple TV, Amazon Fire TV, and Google TV — you can’t say the app hasn’t made a last-minute bid for survival. Reportedly, Quibi founder Jeffrey Katzenburg sought a buyer for the service, or at least its shows, last month. He was, as I’m sure is now apparent, unsuccessful. Reports from analytics firm Sensor Tower suggest the service lost all but a small handful of paid subscribers after the free trial period ended, but Quibi has since disputed those numbers.

The Medium post confirming the closure of Quibi is somewhat introspective about what the failures of the platforms were. Katzenberg and Quibi CEO Meg Whitman say, “Quibi is not succeeding. Likely for one of two reasons: because the idea itself wasn’t strong enough to justify a standalone streaming service or because of our timing. Unfortunately, we will never know but we suspect it’s been a combination of the two.” Katzenberg has also previously blamed the coronavirus for the service’s failure, but I’m not sure where the logic is there: after all, a lot of us have had little else to do but stay inside and look at our devices for the last few months. If your product can’t cut it with that kind of a captive audience, it wasn’t going to even in the rosiest of circumstances.

Whitman and Katzenberg add that they’ll attempt to find buyers for its shows in the next few months.

Laptop And Know-how Within the current day

25 mins ago
Disagreement could also be a solution to make on-line content material unfold quicker, additional

8 hours ago
Pondering of reserving an area journey? Listed here are 6 issues to contemplate

9 hours ago
The best way to arrange VSCode for R

1 day ago
Bitcoin nears $32,000 as Musk says Tesla will ‘seemingly’ settle for it once more

Laptop And Know-how Within the current day

25 mins ago
Disagreement could also be a solution to make on-line content material unfold quicker, additional

8 hours ago
Pondering of reserving an area journey? Listed here are 6 issues to contemplate

9 hours ago
The best way to arrange VSCode for R