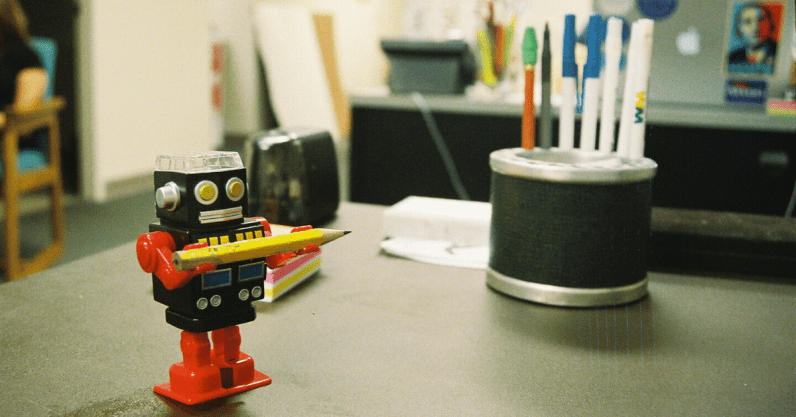 Have you ever wanted to pick the brains of Sir Isaac Newton, Mary Shelley, or Benjamin Franklin? Well now you can (kinda), thanks to a new experiment by magician and novelist Andrew Mayne.

The project — called AI|Writer — uses OpenAI’s new text generator API to create simulated conversations with virtual historical figures. The system first works out the purpose of the message and the intended recipient by searching for patterns in the text. It then uses the API‘s internal knowledge of that person to guess how they would respond in their written voice.

The digitized characters can answer questions about their work, explain scientific theories, or offer their opinions. For example, Marie Curie gave a lesson on radiation, H.G. Wells revealed his inspiration for The Time Machine, while Alfred Hitchcock compared Christopher Nolan’s Interstellar to Stanley Kubrick’s 2001.

Mayne also used the system for creative inspiration. When Edgar Allan Poe was asked to complete a poem that started with “The grey cat stared at the wall and the sounds beyond…” he made the following suggestion:

The grey cat stared at the wall

and the sounds beyond the wall,

And stood, his paws folded,

until the walls fell away,

as cats can do.

The characters could also compare their own eras with the present day. When Jane Austen was asked how her characters would use social media in the 21st century, the author replied:

I’d have Emma promote her self-published book on Facebook. I’d have Emma update her status with a lament about the deplorable state of the publishing industry in a desperate attempt to get her Facebook friends to buy her book.

Mayne says the characters did well with historical facts, but could be “quite erratic with matters of opinion” and “rarely reply to the same question in the same way.”

He demonstrated these variations by asking both Newton and Gottfried Leibniz who invented calculus.

“Newton almost always insists that he invented Calculus alone and is pretty brusque about it,” Mayne wrote on his website. “Leibniz sometimes says he did. Other times he’ll be vague.” At one point, Leibniz even threatened to kill Mayne if he tried to take the credit for the discovery.

As well as historical figures, the system can respond in the voice of fictional characters. In fact, Mayne says the most “touching” message he’s received was this reply from the Incredible Hulk.

Using my AI writing project based on @OpenAI‘s API, I asked this question and got a very sincere reply:

Hulk likes to smash. Why? Hulk not know why.

Mayne is keen to stress that AI|Writer “should not be considered a reliable source nor an accurate reflection of their actual views and opinions” and is merely an experiment to examine interactions with AI. He also plans to open up access to the tool to more people. If you wanna join the waiting list, you can sign up here.