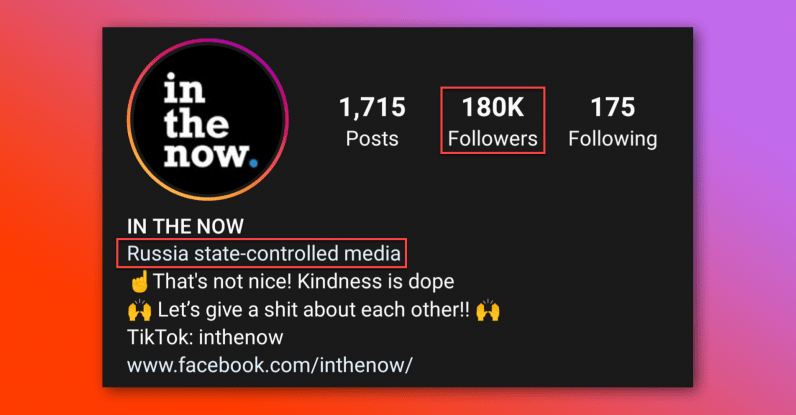 The label appears quite prominently on the accounts’ profiles, as well as every single post — right under the account name. As you can see above, some of these outlets have already begun reacting to the label within their bios.

If you click on the warning label, you will see a pop up that tells you “Instagram believes this publisher may be wholly or partially under the editorial control of a state.” Click on a ‘learn more’ link takes you to a page in which Instagram goes into much more detail:

Instagram seeks to identify these organizations by using our definition and standards to review the available information about their ownership, governance, sources of funding, and processes that may help to ensure editorial independence.

We do not consider public media organizations that are publicly financed, retain a public service mission, and demonstrate independent editorial control to be state-controlled media under our definition and will not apply the label to these organizations at this time.

The page explains some of the criteria Instagram uses to identify state-controlled accounts, such as ownership structures and editorial guidelines. Pages that believe they have been wrongfully labeled can appeal the decision; In the Now, which also has 5 million followers on Facebook, is currently suing the network over the label.

Facebook says it plans to incorporate the labels to ads in the months to come as well. Considering the US election is coming up, fighting disinformation is crucial, even if that’s through Instagram posts meant to push the public in one direction or the other.