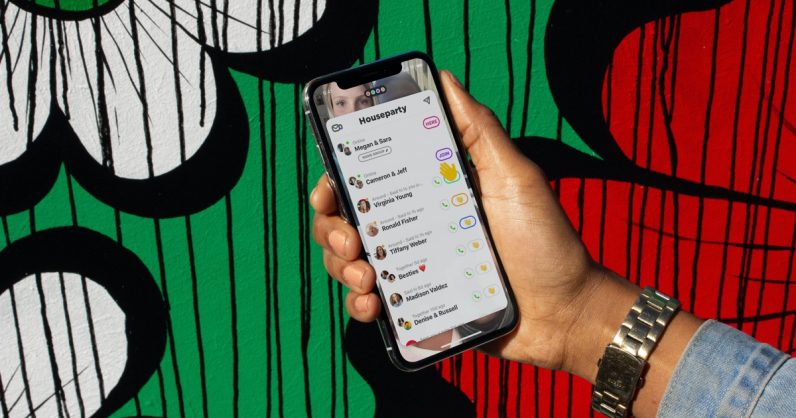 In the past couple of weeks, video calling apps such as Zoom and Houseparty have gained tremendous popularity thanks to worldwide lockdowns. But with increasing fame, experts have raised privacy and security concerns related to these apps.

Various claims of the Houseparty app being hacked, has left users in a serious conundrum about the app’s security. Meanwhile, the company had to issue a clarification and even offer a $1 million bounty to anyone who uncovers the source of the misinformative scam about the app.

Here’s what happened in a strange and confusing set of incidents:

A bunch of users on Twitter started complaining that their Spotify, PayPal, and Snapchat accounts were hacked after installing the video calling app. Some even claimed that the app tried to get their bank details through shady methods.

BEWARE! I know I’m not the only one with this problem! A few of my friends have been hacked by @houseparty if you look at the twitter feed! They log into your Spotify from Russia. Get your bank details and can hack it. It’s very simple once you click agree to terms and conditions pic.twitter.com/kBKU7dMUyd

Houseparty tried to get me to put my bank details in claiming a delivery had been stopped and i needed to pay extra packaging, please be careful on the app it’s clearly trying to hack people, i used my email & i think they hacked that to know that i had a delivery placed pic.twitter.com/1PVwpaOKFT

Later in a tweet, the app makers reassured users that the service is secure and no data has been compromised.

All Houseparty accounts are safe – the service is secure, has never been compromised, and doesn’t collect passwords for other sites.

Plus, the Epic games-owned app said in a statement that it has found no evidence to suggest “a link between Houseparty and the compromises of other unrelated accounts.”

However, despite issuing clarifications, people kept tweeting about the app being hacked and even trying to delete the app. Earlier this morning Houseparty made a stunning claim that the hacking rumor was a paid campaign aimed to smear the app’s reputation. It also said that it’s offering $1million to anyone with proof of this campaign.

We are investigating indications that the recent hacking rumors were spread by a paid commercial smear campaign to harm Houseparty. We are offering a $1,000,000 bounty for the first individual to provide proof of such a campaign to [email protected]

Given the situation, it’s good to be privacy-conscious about apps that might be leaking your data. However, it looks like Houseparty is safe to use for now.

We have reached out to Spotify, Netflix, and PayPal to learn more about these hacks. We’ll keep an eye on the situation, and update the story if we get more information.

Read our daily coverage on how the tech industry is responding to the coronavirus and subscribe to our weekly newsletter Coronavirus in Context.

For tips and tricks on working remotely, check out our Growth Quarters articles here or follow us on Twitter.