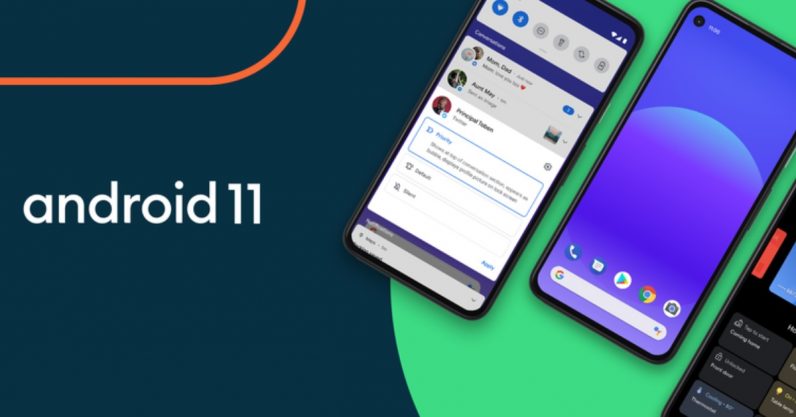 Google announced that Android 11, the latest version of the operating system, would be rolling out today. And it’s not just coming to Pixel phones either — OnePlus, Xiaomi, and Oppo phones are getting it as well.

Get your apps ready ↓ https://t.co/OW0bztfxfY

Android 11 packs several features into the big update, centered around “conversations, connected devices, privacy, and much more,” according to the official blog. The most exciting feature, in my opinion, is built-in screen recording, a rare feature that was on iOS before it was on Android. It also updates media controls so they’re in the Quick Settings menu — and generally look cleaner.

Another particularly useful feature rolling out with this update is Bubbles, which keeps conversations floating over whatever app you’re using in the titular Bubbles, which you tap to quickly enter the conversation without leaving the other app. Android 11 also groups chat notifications in their own section above all other notifications, which is handy.

Android 11 also has a new power menu, which you can access by long-pressing the power button. Along the top are your power controls, with your Google Pay options right below them. It has controls for all of your connected smart home devices, so you can quickly access them. Google is also adding new privacy features that let you grant an app one-time access to your apps or review the permissions for apps that have gone unused.

Those aren’t all of the new features, obviously, just some of the bigger ones. It’s overall a user-friendly update, adding several things that’ll make using Android just a little more convenient. If you want to see all the features the new OS is packing, check out the site here.