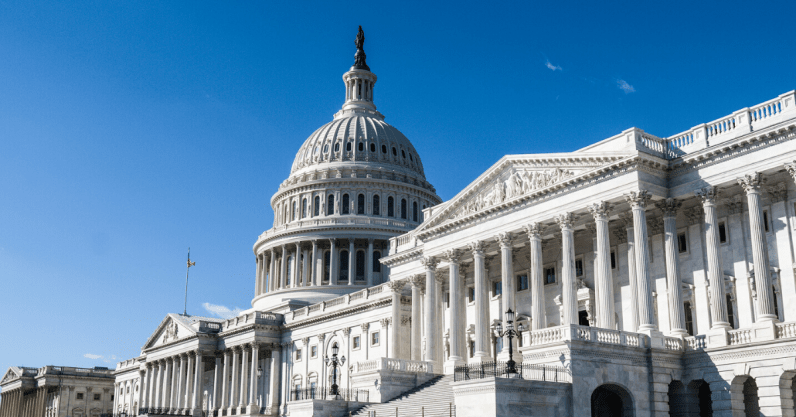 Political messaging can have a huge impact on public responses to crises. In the US, academics warn that divisions between Republican and Democratic lawmakers are wrecking efforts to contain the virus. Now, a new AI tool has shown just how fractured their rhetoric has been.

Researchers from Ohio State University trained the algorithm to guess which political party members of Congress belonged to by analyzing their tweets about the pandemic. It correctly identified their party 76% of the time, according to their study.

The AI scanned all 30,887 tweets that current members of  Congress wrote about COVID-19, from the first one on January 17 to March 31. Notably, the polarization wasn’t evident at the start of the outbreak.

In the week following the first mention of COVID-19, the algorithm struggled to determine whether a Republican or a Democrat had written the tweets. But its accuracy rapidly improved as the parties diverged in their responses to the pandemic.

“We found that once the parties started to figure out the political implications of the issue, polarization was evident in the tweets pretty quickly,” said study co-author Jon Green.

The AI found that Democrats discussed the crisis more frequently than GOP politicians. In total, they sent 19,803 tweets about COVID-19, while Republicans only sent out 11,084. This gap widened as the pandemic engulfed the US.

The two parties also used vastly different language to discuss the pandemic. Democrats placed greater emphasis on threats to public health and workers, whereas Republicans were more focused on China and businesses — and often framed the pandemic as a war.

For example, the AI found the word “health” in 26% of Democratic tweets, but only 15% of those written by Republicans.

These divergent messages are reflected in public responses to the crisis. A recent survey found that 73% of Democrats think the actions of ordinary people have a big impact on the virus’ spread, but only 44% of Republicans. Democrats were also almost far more likely to think masks should always be worn (63% vs. 29%) — just like their leaders.

Joe Biden said he would make wearing a mask in public compulsory, furthering himself on the issue from President Trump, who has stressed that masks are voluntary and has flouted public health recommendations. (with @VeronicaStrac) https://t.co/bcHceSmOBt

The Ohio State University team warns that the polarized rhetoric is hindering responses to the pandemic. They note that after the September 11th terrorist attacks, both parties presented a unified message that was largely mirrored by the public. However, their reactions to the pandemic have been highly divided, exacerbating divisions over measures such as lockdowns and social distancing.

As the researchers put in their paper:

Given the high levels of polarization in the American electorate, citizens are less likely to change their behavior in ways that correspond to the consensus of public health experts if there is not a political consensus that such changes are necessary.

They argue that more unified messaging will help the US tackle COVID-19. Let’s just hope the consensus isn’t guided by President Trump.

People can’t get enough of this. Great people! https://t.co/b4HM0C298h

16 hours ago
Getting Experience In The On-line Gadget

17 hours ago
Preparation Buying a Computer

16 hours ago
Getting Experience In The On-line Gadget

17 hours ago
Preparation Buying a Computer