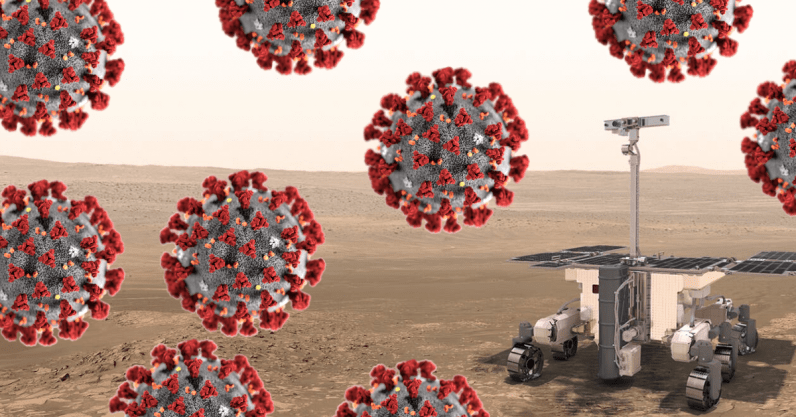 In the five decades since we first started sending spacecraft to Mars, exploration of the red planet has had a poor record of success. It is only in the last few years that we have come to expect that the number of successes greatly outweighs the failures.

This is why the decision to postpone the launch of ExoMars 2020 for two years should be regarded as responsible and sensible. Obviously, it is disappointing that this mission – a joint one between European Space Agency (ESA) and the Russian Space Agency Roscosmos – has been delayed. But the disappointment would have been so much greater if the launch had gone ahead and the spacecraft had added to Mars’ tally of debris by crash-landing at the landing site Oxia Planum.

ExoMars2020 is a combination of two systems: the Rosalind Franklin rover and a surface platform called Kazachok, which means “little Cossack”.

The rover will carry a suite of nine instruments designed to record and analyze the terrain over which it will travel as it searches for signs of life. Most importantly, it also carries an assembly that is capable of drilling more than two meters below the martian surface – a depth at which the material is protected from the fierce solar radiation that sterilizes the surface. That means it may be able to encounter signs of past (or present) life.

Kazachok will carry 13 instruments that will record the environment at the landing site, including radiation levels and the local weather.

Why was the decision to delay the launch taken – especially given that both Rosalind Franklin and Kazachok are already built? It seems that the answer is not a single fault, but a series of issues. To start with, there are problems with some of the electronics in the Russian descent and lander system that will transfer the rover and platform to Mars’ surface, as well as with the European flight software.

There is also a hardware concern about the solar panels on the rover.
The rover was built in Stevenage, UK, and it is just six months since we celebrated its successful completion. It then travelled to Toulouse, France, where it underwent thermal and vacuum testing before transferring to Cannes, also in France, where it was to be integrated with Kazachok.

But two weeks ago, a fault was discovered with the glue that holds brackets on to the solar panels. This could be fixed – and would be fixed when the combined rover and surface platform moved to Turin in Italy for final testing prior to delivery to the launch site at Baikonur (a Russian enclave in Kazakhstan).

The problems came to light following a drop test of the parachutes: it wasn’t the parachutes themselves that were at issue, but the bags in which they were packed that led to the canopies becoming torn. A series of tests throughout 2019 showed that redesign of the bags and the parachute opening mechanism appeared to have solved the problem. Two more drop tests were planned for the end of March, after which it was hoped that the parachutes could be transferred from the US to Europe for integration into the ExoMars spacecraft.

Each of the hardware issues could be solved, as could problems with software – but in combination, there was too great a risk that the time remaining before the launch was too short to ensure full and thorough final testing. And then, on top of all this: the novel coronavirus.

Just look back at the list of countries that have contributed to the build of the spacecraft. The final staging place before moving to the launch site is Turin, in northern Italy, where illness from coronavirus has practically closed the country and brought movement across its borders to a halt. Engineers from the UK, France, Russia and the US (at the very least) will be needed alongside those in Italy for the final testing. Given restrictions on travel and movement of personnel, postponement of the launch became inevitable.

It is somewhat ironic that only last week NASA announced that the name of its rover, to be launched as part of the Mars 2020 mission, was to be “Perseverance”. It seems that for ESA and Roscosmos, perseverance is not enough – and it is even more ironic that a mission specifically designed to search for life on another planet has been brought low by a simple virus on Earth.

This article is republished from The Conversation by Monica Grady, Professor of Planetary and Space Sciences, The Open University under a Creative Commons license. Read the original article.

3 days ago
Azure is one of the largest market leaders, learn cloud computing with this $39 training