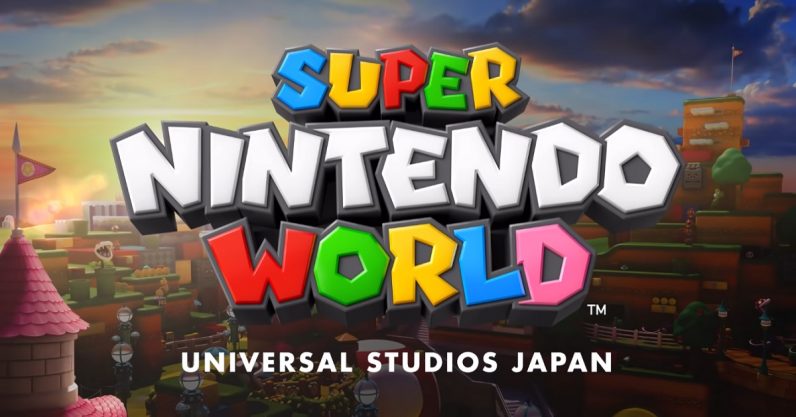 Universal Studios Japan has set a release date for the Nintendo portion of its park, which has been under construction for several years at this point. The “land,” called Super Nintendo World, will open on February 4, 2021. I would be the very first in line when they cut the ribbon, but for the global pandemic. So I really need that thing to go away so I can enjoy some real life Mario-themed shenanigans.

Bloomberg got a look at the Mario Kart-themed ride, which will apparently involve an AR headset so that you can visualize the race going on around the roller coaster. Supposedly, you’ll be able to do things like throw shells at your fellow racers and use power-ups. It looks pretty amazing, I’m not going to lie, even if the notion of putting on a used AR headset gives me the heebie-jeebies.

I mean, if you love Mario — and almost everyone does, if only in a begrudging nostalgic way — then this park would be cool enough, but the fact that it’s overall Nintendo-themed makes me wonder what other kinds of attractions we can expect. Will there be Zelda-themed archery booths? Performers in costume? Can I take a picture with Marth? It sounds like a great time for gamers, and I can’t wait to visit.

There’s just one problem, and it’s the “just one problem” that’s ruined the entirety of 2020: COVID-19. With the sickness still making life miserable for everyone, it’d be irresponsible of me to go anywhere that will have lots of people from whom I probably won’t be able to maintain a safe social distance. While I have not had COVID myself (that I know of), with my luck I’d be Patient Zero in a new outbreak and infecting Video Game Disney World is not something I need on my conscience.

So there’s only one thing to do: hope really hard that this pandemic finally fucks off by February so I can go visit the park. Or shortly thereafter, I suppose.

Now, obviously I want this pandemic to end for reasons beyond my own edification — the pandemic has claimed the lives of almost 1.5 million people worldwide (by my last count), and ruined the lives of countless others. I don’t need more reason to want it to be over — but the fact remains I now have one, regardless.

Super Nintendo World will be an add-on to Universal Studios Japan, in Osaka.

6 hours ago
Why Sq. paid a whopping $29B for AfterPay

6 hours ago
Why Sq. paid a whopping $29B for AfterPay