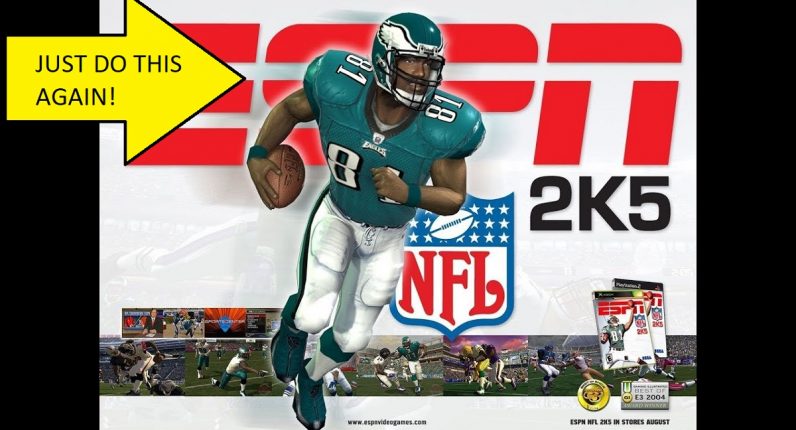 I point this out because, like the Superbowl or the NBA Finals, the launch of these titles is a very big deal. Madden 21 just released to its largest launch-month sales ever and NBA 2K21 is on pace to do the same. Yet both of the latest games in their respective series have been critically panned, denounced by consumers, and vilified on social media. What gives?

The gist of the problem is that these types of annually updated titles – including games using the FIFA, UFC, MLB, and WWE licenses among others – don’t do enough to merit full AAA price tags every year, yet gamers continue to fork out money in record amounts annually.

Sure, every once in awhile something comes along to change everything and warrant the purchase – remember the first time you played NBA 2K15’s My Career mode? But, for the most part, the biggest updates come in the form of roster changes and graphical improvements.

The core question becomes: why don’t the developers fix the problems players bring up year after year and provide enough new innovations to justify the cost of these “new” games annually?

There are multiple factors in play here, but lets try to understand the problem from the developer’s point of view. As much as we’d all like to think that, were we given the chance, we’d stroll into our favorite game’s publishing offices with a plan to fix everything on day one, it’s unrealistic. The reality is that these games are gigantic machines with more moving parts than a few idealists can effectively manipulate.

There are only two logical paths toward real change for iterative annual releases: lengthening the development cycle or adapting the Call of Duty model. Neither one is likely to sound like good ideas to the publishers of these juggernaut titles.

Polygon’s Owen S Good hit the nail squarely on the head earlier today in their article when they wrote:

I know: The sports gamer really does not want to hear this. No one in video gaming does. But sports gamers — dependent as they are on the licensing whims of the leagues and big corporations — especially resent the idea that their tastes and informed appraisal are routinely drowned out by a consumer id that finds good enough, well, good enough.

In other words: it’s all bad news, but everyone seems happy about it. Shaking up the status quo isn’t easy. But it can be done.

This year will be the first time in over a decade that an iterative AAA simulation title featuring the WWE license will not be launched. After a horrible launch surrounded by game-breaking bugs and an outright revolt from the fans, WWE 2K20’s poor performance last year forced the publisher to shelve plans for WWE 2K21 and extend the game’s development cycle an extra year.

This was 2K’s hand being forced, but the ultimate outcome could be great for the fans. I’m not seeing anyone on social media complaining that there won’t be a WWE 2K21, but a lot of people are excited for WWE 2K22.

The idea here, if applied to games that haven’t quite tanked yet, like Madden and NBA 2K, would be to release roster updates and patches in between major releases every other year. No more annual new games.

The problem is that it’s hard to come up with a scenario where this would result in more purchases than an annual cycle, which means it’s probably impossible to convince a company to do this from a financial point of view unless their hand is forced like it was with the WWE titles. What C-level decision maker in their right mind is going to throw away a best-selling game just so it can be “good” a year later unless they have no other choice?

Which leaves the Call of Duty solution. Rather than leave the development of one of the world’s most popular annual iterative video game franchises to a single company, Activision has multiple development houses working on Call of Duty titles at any given time.

It’s a bit more complicated than this, but the gist is that the big “Modern” games, like Modern Warfare, are done by one company and the zany zombie-laden ones are done by another. They’re still released one after the other each year like clockwork, but you’re seeing the results of several years of work with each title, not iterative upgrades by a single development team racing against a 12-month timer.

Call of Duty is changing its model for the modern world too. With its free Warzone game remaining as a hub-of-sorts to keep players engaged, it’s launching new titles that upgrade the free experience while funneling both new and long-term players into purchasing the full version titles. It’ll be awhile before we see this strategy pay off, but the implications for sports game franchises could be huge.

Instead of trying to cram in as many (read: a few) new features as possible every year, EA and 2K could pick an area of focus for their major sports franchises each year and dedicate staff to that while another team focused on one for the next year. As an example, EA could shift to two-year development cycles if it kept players engaged in a free-to-play hub that provided enough value to merit content purchases while still charging full price for a new Madden every two years.

Both of these ideas are huge gambles that require risking millions in sales for the chance to chase the idealistic “greatest sports game ever” dragon that almost every major publisher’s had at least a little taste of over the years. But, at least with the new Call of Duty model, developers could come up with the hub first and see if it explodes with popularity like Warzone — which has the battle royale thing going for it — before committing to the multi-year development cycle.

It might seem like a tough sell, but what if the next WWE 2K game were as polished as we all expect the next Grand Theft Auto or Elder Scrolls game to be? Or maybe just as good as a regular non-iterative AAA franchise release from a company that doesn’t take decades between games when compared to its predecessor?

Hell, I’d even settle for a development cycle that leads to the next sports game being at least as good as the one that came before it.

And with the next generation nearly upon us, now’s the time for developers to try something completely different. Because if the status quo doesn’t change, the gravy train will eventually come to an end for greedy publishers. Either gamers will revolt like they did with the Tiger Woods, Tony Hawk, and WWE 2K franchises, or a new development team will innovate in ways the currently-treading-water industry developers aren’t capable of or allowed to.