If you’re at a professional crossroads, this software engineering training might help. 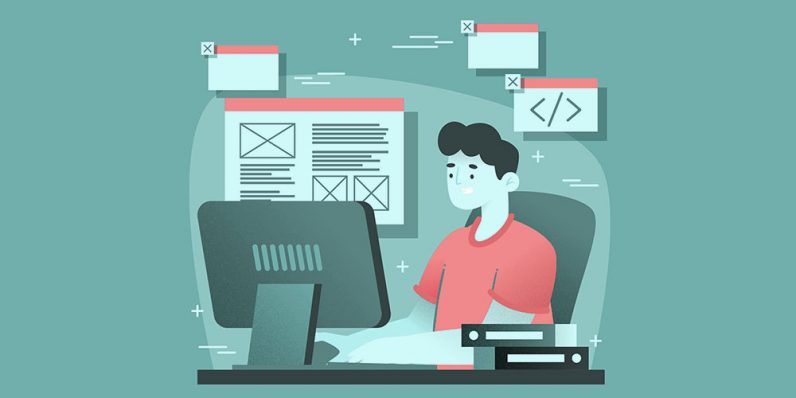 TLDR: You can embark on a path to a lucrative new career with the training in The Complete Introduction to Software Engineering Bundle.

From transportation to commerce to hospitality, entire industries in the U.S. and abroad are all suffering deep across-the-board losses in the wake of COVID-19 aftereffects.

While many industries face uncertain futures, software development and engineering isn’t likely to be one of them. Technology and the web is more vital now than ever, with software already supporting one in every 10 American jobs. With the average software developer making $114,000 a year —more than twice the annual U.S.

How enterprise networking is changing with a work-at-home workforce

As the coronavirus spreads, public and private companies as well as government entities are requiring employees to work from home, putting unforeseen strain on all manner of networking technologies and causing bandwidth and security concerns.  What follows is a round-up of news and traffic updates that Network World will update as needed to help keep up with the ever-changing situation.  Check back frequently!

In an April 2nd call with the Federal Communications Commission chair, the nation’s largest telecom and broadband providers reported network usage during the COVID-19 pandemic had risen about 20-35% for fixed networks and 10-20% for

How my first digital date helped me survive self-isolation

Online dating is nothing new. But now, it’s the only dating.

So while couples face the terrifying prospect of being trapped together for weeks, singles either embrace solitude or search for digital love.

I try the latter.

My online romance begins on Hinge, “the dating app designed to be deleted.” The company has kept its slogan since non-essential human contact became a crime. It still wants you to meet off-app but now only online.

I broke up with my girlfriend just before the outbreak, and still can’t

Are you overengineering your cloud apps?

Those of us who owned motorcycles over the years know that a “bone stock” bike won’t be stock for long. It’s common to replace the exhaust system with aftermarket, much louder pipes. Also, the seat is often swapped out for something more comfortable and stylish. Don’t forget a windshield, fuel management systems, and upgraded handlebars.

The same can be said about

As the COVID-19 pandemic grips the globe, new surveillance methods are already raising new privacy and security challenges despite the still-early days of this crisis. Chief among these potential problems is the sudden turn by the government toward using geolocation data to track millions of Americans’ cell phones in monitoring the spread of the disease.

Silicon Valley giants, including Alphabet, Amazon and Facebook, have already been called into the White House to brainstorm ways to use geolocation, public media scraping and other technologies to track users in ways that ostensibly don’t violate users’ privacy. Meanwhile, phone carriers across Europe are

Even though Tesla only officially entered Iceland last September, it has proven so popular that it delivered 415 vehicles in the first quarter of the year, Electrek reports.

[Read: Want to take your partner on a romantic EV road trip? Head to Norway]

More established automakers, Toyota and Volkswagen, were the second and third most popular brands delivering 286 and 257 vehicles, respectively.

More generally, EVs in the country are closing the gap on diesel and

2 days ago
Are you overengineering your cloud apps?

If you’re at a professional crossroads, this software engineering training might help.

2 days ago
Are you overengineering your cloud apps?